Crypto and financial world: Perspectives for the end of 2022 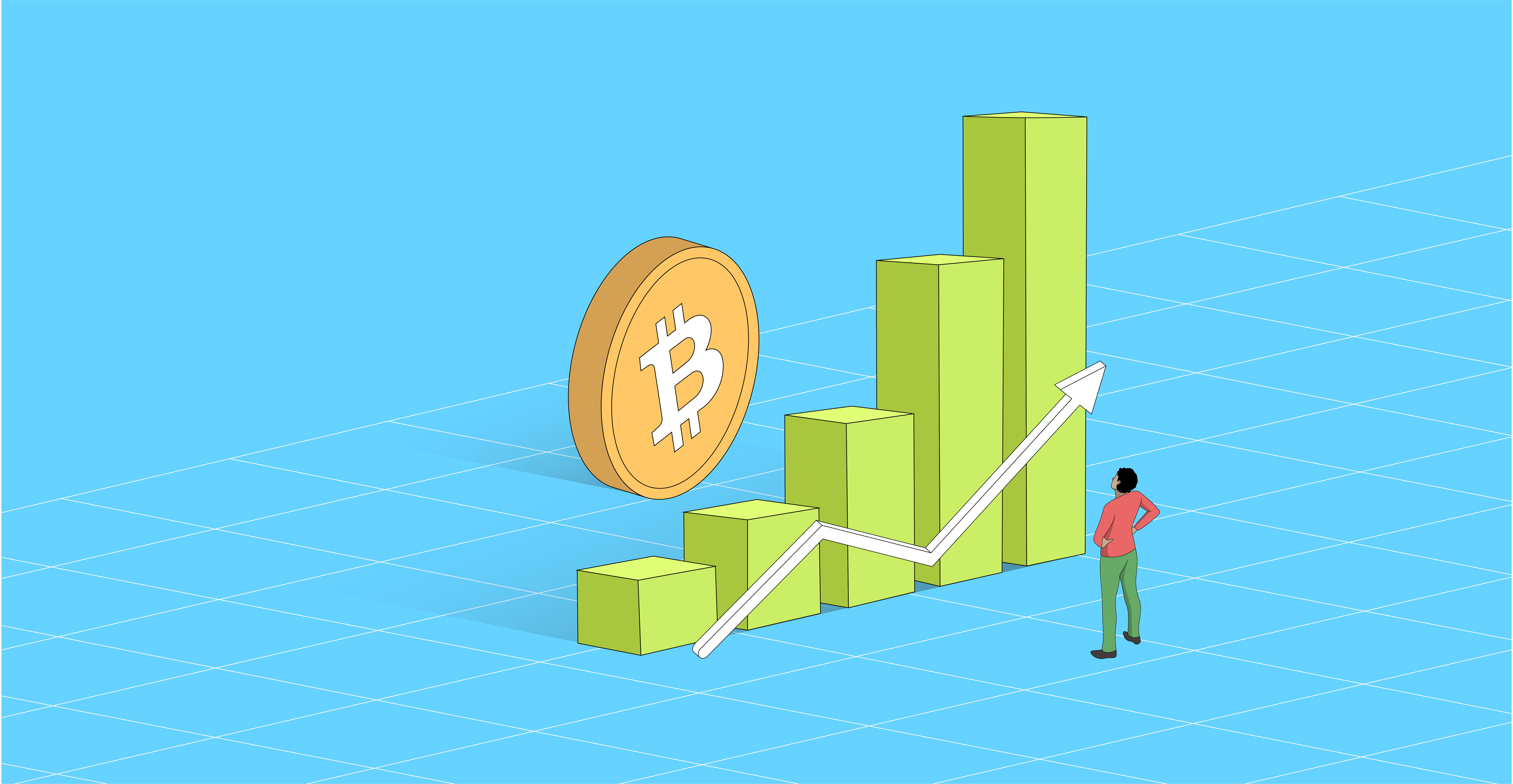 The year 2022 has been a somewhat particular period in terms of economic behavior, both for the traditional financial and banking world, as well as for the space of cryptocurrencies, blockchain and the web3.

However, not everything seems to be bad news, as different recognized institutions have predicted that the performance of traditional and crypto markets could mark a big turn of winds towards a period of recovery and growth in the last two quarters of this eventful year.

"The safest time to invest is when blood is flooding the streets." — Baron Rothschild.

Where are we today?

This year started with some kind of positivism about the end of confinement due to the Coronavirus pandemic, which began at the end of 2019, as well as the encouraging results of the application of the different vaccines against COVID-19.

The good news generated that, at the beginning of the year, both markets, traditional and crypto, would be filled with enthusiasm, and consequently, see an increase in prices as well.

However, the happiness was short-lived as two drums began to sound in the distance — ones that were several decades without echoing so hard.

The drums of a generalized world inflation, driven by the loss of the purchasing power of currencies; such as the US dollar or the euro, due to the exponential printing of inorganic money since the beginning of the pandemic as a measure to reduce the impacts of border closures.

And, secondly, the drums of a more than possible armed conflict between Russia and Ukraine, which would alter the market for both fuel and food worldwide.

Back to the present, both the war and the increase in global inflation have generated a bear market in both the traditional financial world and the crypto ecosystem.

At the same time, this scenario has led to various increases in interest rates by the United States Federal Reserve (FED) and a massive outflow of capital from investments in the stock market and from risky assets, such as cryptocurrencies, towards assets safer than US treasury bonds.

Situation that, together with the uncertainty about the future of the war, has caused the markets to continue posting consecutive monthly falls, not seen since the global economic crisis of 2008; which, in fact, gave birth to Bitcoin (BTC).

However, as we mentioned at the beginning of this article, not everything seems lost for the traditional financial world in the midst of global inflation and the outflow of hundreds of billions of dollars to treasury bonds.

Various experts from renowned financial and banking institutions have published their reports and forecasts for the last two quarters of the year. And, in most cases, it seems that we could finally be seeing the light at the end of the tunnel, avoiding, in turn, the much-feared “Recession”.

The JPMorgan analysis team explains that the increase of workers' productivity around the world has managed to reduce the negative impacts of all the setbacks that plague the markets.

“Over the past two years, output per worker has grown at an annual rate of 2.7%, more than double the 1.2% growth seen in the first two decades of this century.” Said the JPMorgan team.

That is why this important financial institution expects "strong growth" in the second half of the year, driven by consumption and the solidification of company profits. Which will lead to global GDP growth of about 3% and 2% by 2023.

It might not seem like much, but if we add up everything that is happening in the world in parallel, this one is very good news for all investors and the world in general.

“2022 will be a critical year in which the imbalances caused by the pandemic will likely begin to resolve”, said the Morgan Stanley's team.

Additionally, these renowned institutions forecast that global inflation could stabilize above 2%, after central banks around the world continue to distance themselves from quantitative easing (QE).

This situation, according to JPMorgan and Morgan Stanley, could create a double-edged sword. Basically, given the deflation of world economies, growth rates will tend to decrease, at the same time as the liquidity available for investments or obtaining credits drops.

However, this reality will not be for all economic sectors, as they expect that the biggest beneficiaries of this reduction in volatility will be technology companies.

On the other hand, the JPMorgan team has also stated that the trend of capital migration in financial markets, especially from shares and investments in tech companies, towards safe havens will tend to reduce by the end of 2022.

Thus, in this same line of thought, the well-known firm Chales Schwab expects a large amount of investments to filter back into these sectors, especially towards emerging economies or towards those firms that have large numbers of users in these countries.

"The new reality suggests that investors seeking returns on their investment and wanting to maintain portfolio diversification may want to consider adding investments in technology companies to their portfolios." The JPMorgan team commented.

In addition, the Morgan Stanley team of economists expresses that the boom of new companies in the area of ​​cryptocurrency, fintech and Artificial Intelligence (AI) technology, could make these the next ones to receive the new wave of fresh investment capital. The reason is that it's these types of companies that have managed to maintain positive returns in the midst of crisis.

Consequently, this will make them attractive to investors near the last quarter of the year, and throughout 2023.

“When it comes to restructuring investment portfolios for the last 2 quarters of 2022, the focus needs to be on the many 'tech takers', which are companies that are likely to drive further technology adoption, not the few technology makers”, expressed the Morgan Stanley team.

We cannot talk about the economic and financial perspectives of 2022 without touching the topic of cryptocurrencies. And it's that, at today's time, many people and companies have a certain diversification in their portfolios in crypto, especially with Bitcoin (BTC) and Ethereum (ETH).

In addition, as expressed by JPMorgan and other institutions, it has been, in part, the firms within the ecosystem of Blockchain technology or web3, which have benefited the most since the start of the Covid-19 pandemic.

Therefore, it is also pertinent to point out what the experts say regarding the prospects for the cryptocurrency market and Blockchain technology.

Before we go deep on what the future of web3 holds, we must take into consideration the next 2 important events that will mark the future of the entire ecosystem.

The first consists of the Bitcoin halving, which will divide exactly in half the BTC minted in the process of mining, verification and validation of the transaction blocks. Process which occurs approximately every 4 years, and the next one would be in the year 2024.

Why are these 2 events the most relevant in the world of cryptocurrencies?

To answer this question, you just have to know that Bitcoin and Ethereum are not only the number 1 and number 2 cryptocurrencies by market capitalization.

But also, much of the decentralized economy called web3, which ranges from the Metaverses, decentralized games like Axie Infinity, DeFi projects and more, continue to be built on the architecture of the Ethereum Blockchain.

On the Bitcoin (BTC) side, historically the years before the halving are of low yields, and even dizzying price drops, to then start an extended bull market.

Given the joint importance of both these two events and the dominance of these two cryptos, it's to be expected that anything that happens in one of these two ecosystems will lead to a ripple of effects that will affect the entire cryptocurrency market.

What to expect out of Ethereum and Bitcoin?

So we have a handful of experts who foresee a recovery and even a slight growth in traditional financial markets by 2023, beginning this path in the last two quarters of 2022.

And another handful of experts, but now within the Blockchain technology ecosystem, who have predicted that the global cryptocurrency market will increase at a “considerable” rate between the year 2022 and the year 2028.

This is due to the fact that more and more companies from all areas and investors from all over the world have turned their attention to cryptocurrencies, both as a store of value and as a way to diversify their portfolio.

But, additionally, because of its attractiveness as a disruptive technology capable of revolutionizing all business processes and areas regardless of their specificities.

It is worth noticing that one of the technologies within this ecosystem that has attracted the most attention has been that of the Metaverses. In fact, Facebook has renamed its brand to "Meta" to focus on building an accessible Metaverse for the majority of the population.

Even great exponents of all industries such as JPMorgan, The Walking Dead, Visa, Mastercard, Samsung, Nintendo, Ferrari, Gucci, and even countries such as El Salvador, Barbudas and others, already own their piece of real-estate in the Metaverse, preparing for when this technology becomes a mainstream reality.

This great arrival of new important users, but also the increasing use of DeFi, Fintech, and cryptocurrencies, have generated that, apart from the price of crypto assets, the future will be bright for the web3 ecosystem.

On the other hand, the widespread and growing interest that cryptocurrencies, tokens and NFTs continue to generate with each passing day, has raised concerns from regulators around the world about the protection and security of consumers and agents who make a life in the world of the crypto ecosystem.

Is worth remembering that this is a market that exceeds $1,500 million dollars, larger than the subprime market whose collapse caused the global financial crisis of 2008. But, in addition, there are millions of human beings who have bet on the future of the sector or are accessing the international banking and financial system through cryptocurrencies.

"Regulation is probably one of the biggest issues in the cryptocurrency industry globally. Clear regulation globally would be greatly appreciated", said Jeffrey Wang, head of the Americas at Amber Group.

In the end, many experts, both inside and outside the ecosystem, believe that regulation is a good thing for the industry.

"Sensible regulation is a win-win. It gives people more confidence in crypto, but I think it's something we have to take our time with and get right", says Ben Weiss, CEO and co-founder of Cryptocurrency, CoinFlip.

In conclusion, it's expected that it will be during this last semester of the year and throughout 2023 that clear regulations will continue to reach the world of Blockchain technology. What could mean, according to experts, a short-term increase in volatility, but which will be offset by the increase in new players that arriving thanks to the security generated by a non-prohibitive regulatory framework. 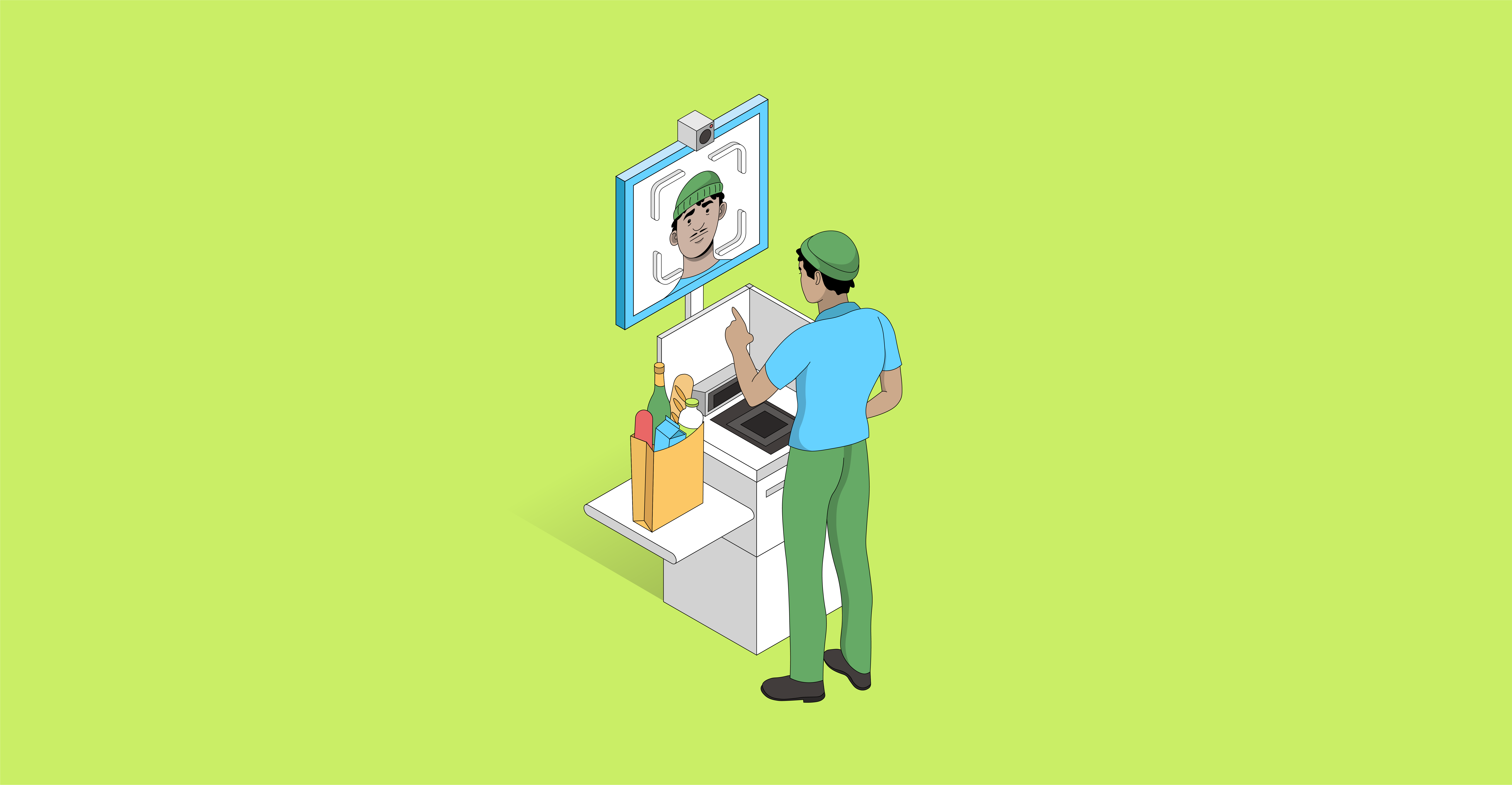 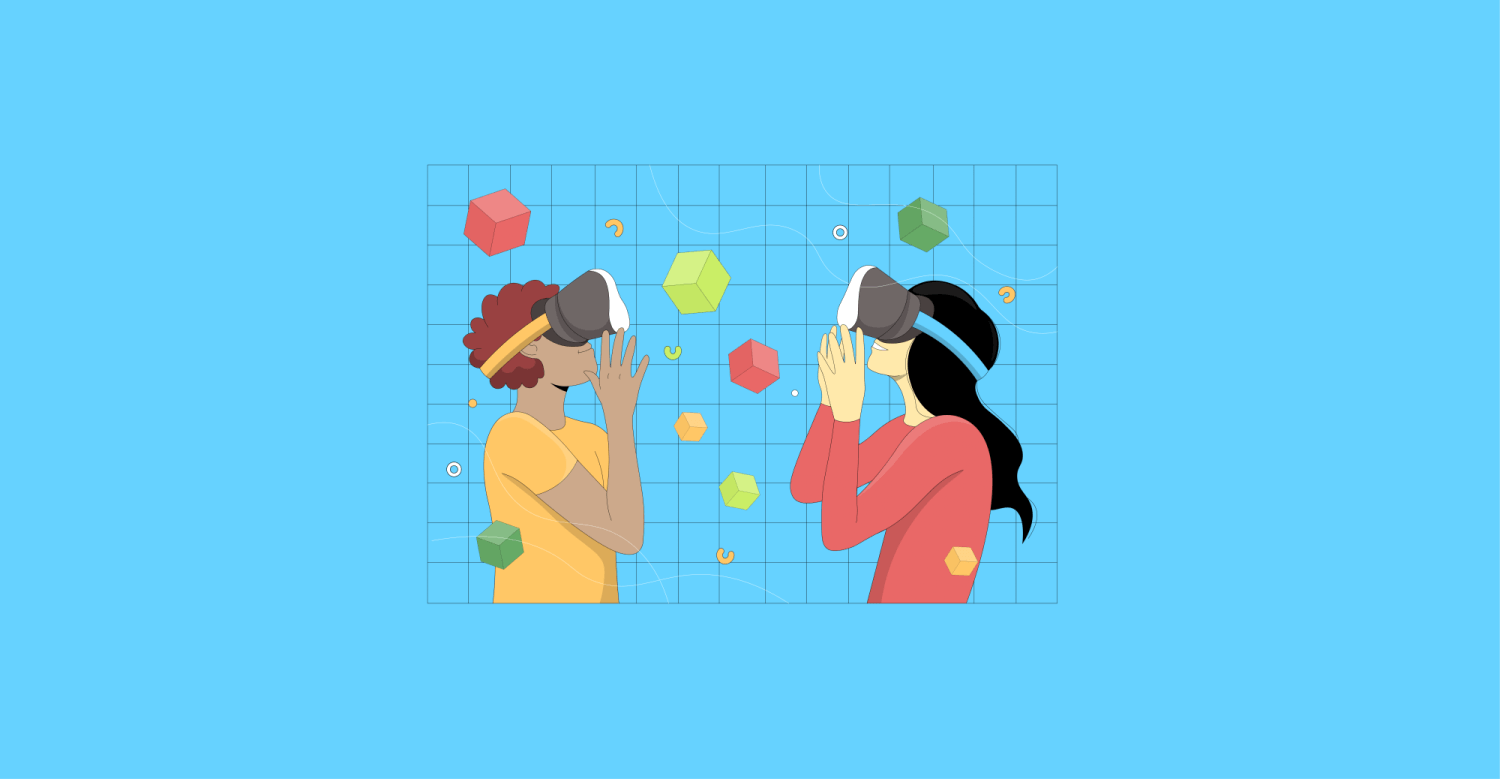 The metaverse and the urgency for safety 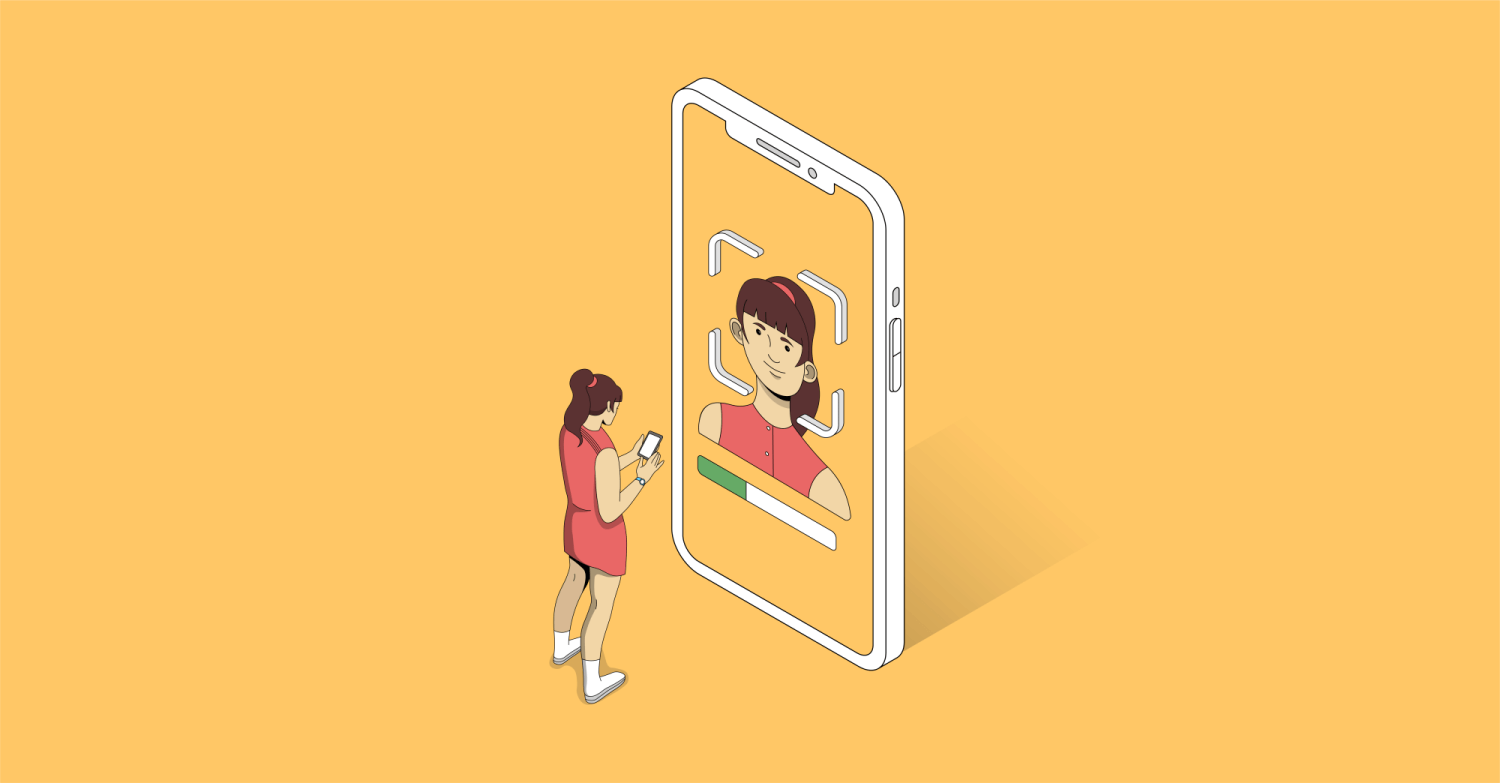 ID verification and your perfect ally

Now let’s talk about you

Tell us more about your business and the specific challenges you’re facing. We’ll help you build your metamap.